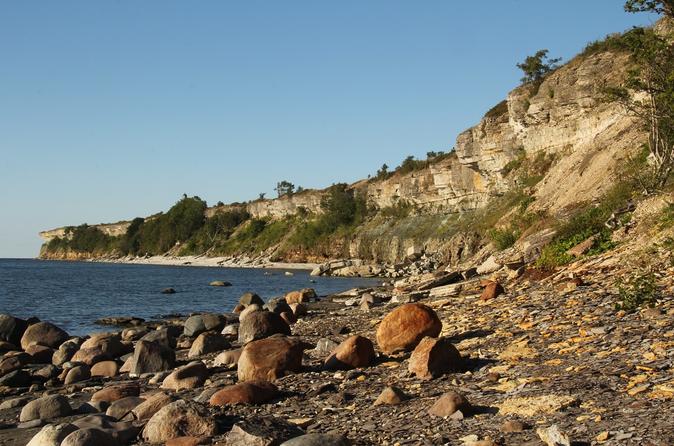 Tour to the north-western coast of Estonia. Historical highlights and nature wonders are waiting for you on this trip.

Going out of Tallinn to the north-west you will see the suburbs of the Estonian capital, enjoy a view of the Baltic Sea from a 40 meter high cliff called Rannamoisa or the Hamlet’s cliff.

Next, make a stop at the manor house that belonged to Count von Benkendorf – the founder of the first secret service in the Russian Empire. The manor is built on the high bank of the river next to one of the most beautiful waterfalls in in Estonia – Keila Joa.

After that you will head to a town called Paldiski which is the place where many important events of the 20th century intersect. The town was founded by Peter the Great as major naval base on the Baltic Sea. You will uncover the story of the most famous Russian intelligence Lady of the 1st World War – Anna from Revel. You will learn about the meeting of German Keizer Wilhelm II and Russian Emperor Nicholas the II. Paldiski has been one of the most important training centers for Soviet submarine officers and many artillery batteries were located here during WWII.

On the way back it is possible to have lunch at a trout farm located in the former watermill. Here you can catch trout yourself and have it cooked for you along with other Estonian dishes.

Tour to the north-western coast of Estonia. Historical highlights and nature wonders are waiting for you on this trip.